Dr Kershaw’s Saw Me, the Carer, as Well as Eric 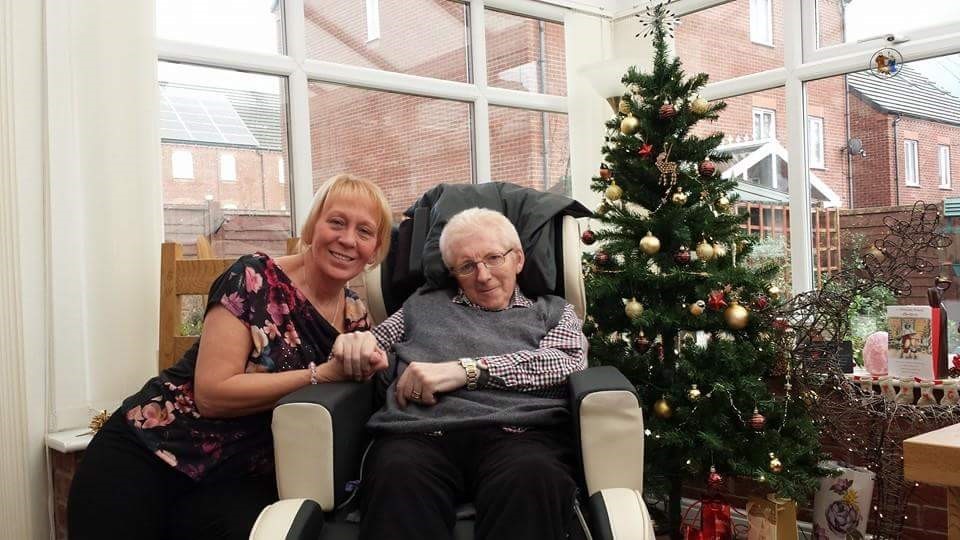 As one of the volunteers at Dr Kershaw’s, Angela Armitage like many signed up after a loved one was cared for by the Hospice team. Angela’s husband, Eric was diagnosed with Multiple System Atrophy (MSA), a rare condition of the nervous system that causes gradual deterioration. Before he passed away, Eric was signposted to Dr Kershaw’s Well-Being Centre and later received pain management in the In-Patient Unit, both of which made a huge difference to both Eric and Angela as his main carer.

Angela explains: “As Eric’s condition progressed, we were told about the Well-Being Centre at Dr Kershaw’s. The first time I dropped him off, I left the Hospice in tears, thinking my husband should not be here, but after his visits I noticed a change in him. I didn’t see the Hospice as a place where people come to die, I actually felt Eric got life there, being there extended his life in a way, the laughter and support helped him so much. The team noticed me too, some people don’t see carers and don’t realise that they are struggling and need help, but Dr Kershaw’s supported us both.

Eric was also admitted to the In-Patient Unit, the team couldn’t do enough for him, and they held me together, many days I wanted to fall apart but the team were fantastic. It’s hard to put into words what the staff did for us, but I shall remain eternally grateful. Two years after he died, I signed up to volunteer at the Hospice’s Royton Shop, to support the Hospice who supported us so much!”