Dr Kershaw’s Took Away the Fear of Keith Dying 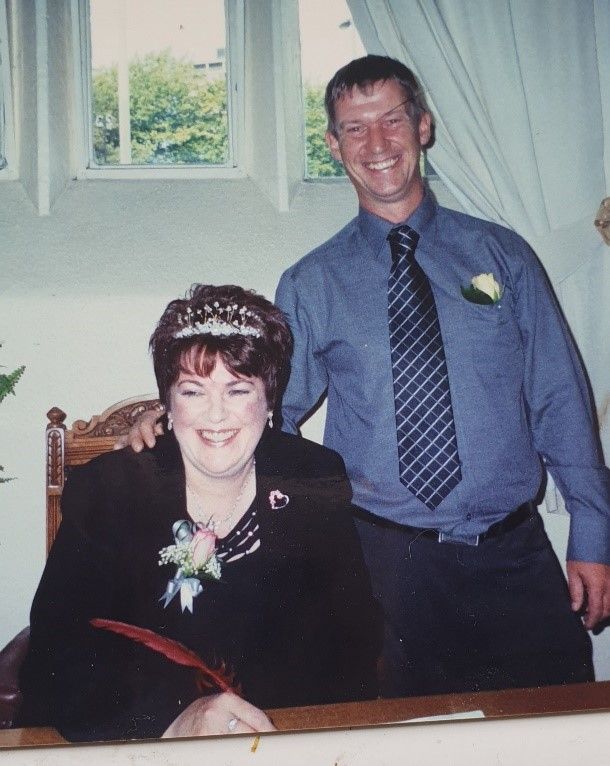 When Keith Marsden, 55, became poorly in October 2020, he was diagnosed with terminal kidney cancer, and just four months later he and his wife Beverley were told that he only had three months to live. Keith was determined that he would die at home, but Beverley’s biggest fear was that he would die alone at home.

Beverley explains how Dr Kershaw’s community services enabled Keith to stay at home: “When Keith first started to feel unwell and increasingly tired, I encouraged him to go to the doctors. When we got the diagnosis of terminal kidney cancer we couldn’t believe it, and straight away Keith started chemotherapy, but just four months later we were told the heart-breaking news that he only had three months to live.

Keith was adamant he would pass away at home, as we had family who had passed away in hospital over the past two years and their experiences were not good ones. With the support of Dr Kershaw’s Hospice, Keith was cared for at home before he died. I was so scared that he would pass away at night in pain, but Dr Kershaw’s were just amazing. They gave me a contact number to call whenever I needed, and nothing was ever too much trouble.

On the morning that Keith died, they washed, shaved and dressed him and made him look like he should have done. They helped me to complete the paperwork and took away the fear of being left with Keith’s body until the undertakers arrived because of their care and support. I am so grateful to Dr Kershaw’s, without them I wouldn’t have been able to fulfil Keith’s wish to die at home.”