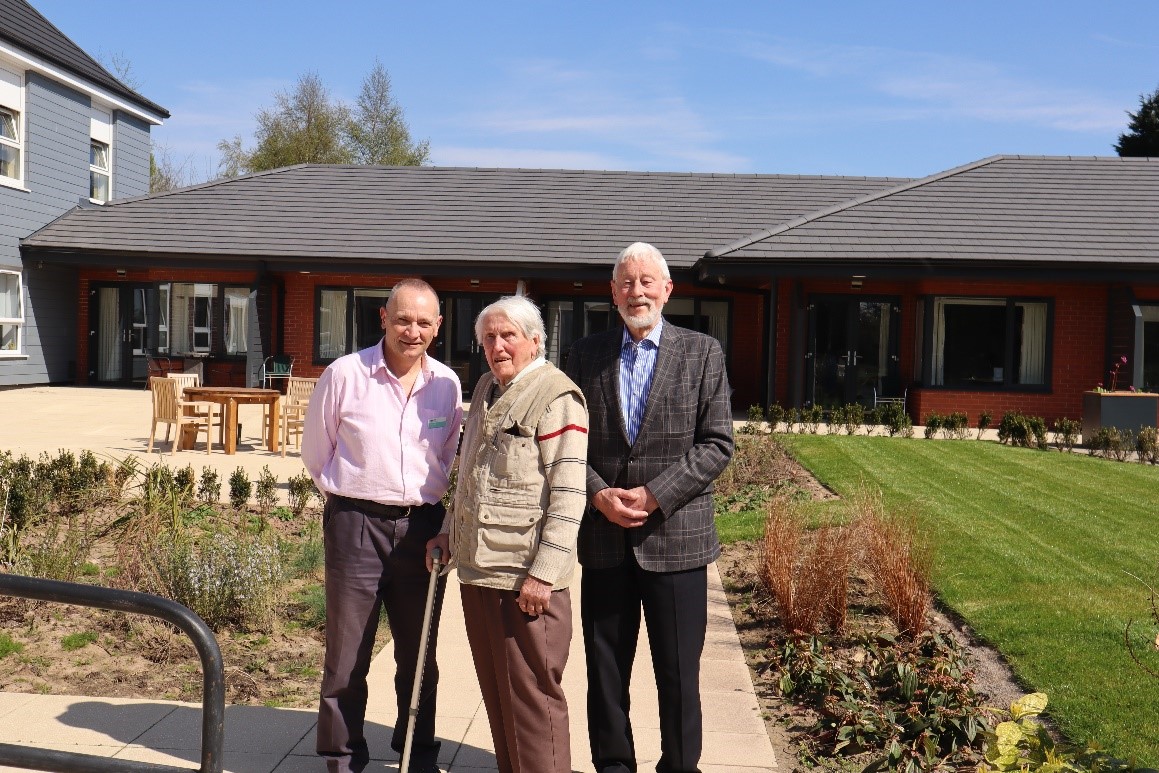 Dr Kershaw’s were thrilled recently to welcome former Chair of the Board of Trustees, Vernon Cressey and Founding Member of the Hospice Appeal Steering Group, Gordon Maxwell who joined the Hospice’s Vice Chair of the Board of Trustees, Dr Paul Cook and Chief Executive, Joanne Sloan for a tour around their new In-Patient Unit which has had a huge transformation since the days when they were an integral part of the Hospice.

Gordon, now age 92, had a career of 52 years with the Oldham Chronicle, and was Secretary on the Hospice Appeal Steering Group set up in 1983, supporting the Hospice on various groups until 2000.

Vernon became Secretary to the Trustees and the Governing Council in 2000 before being appointed Chair of the Board of Trustees in 2014. During his 20 years, Gordon saw the opening of the Hospice’s Oldham Shop in 2016 and their Café K in 2018, and was hugely instrumental in the development and planning of the new In-Patient Unit.

Gordon said: “The new In-Patient Unit is wonderful, it is so different, advanced, and patient friendly. Special thanks to those who raised the money and contributed to its development – we have come a long way!"

Vernon added: "I am truly amazed; it is marvellous what has been achieved. Thank you to all those involved and credit to those who funded the development, and to all the staff for seeing the project through. It is a marvellous asset to the community of Oldham, and I am very proud to be associated with Dr Kershaw’s Hospice!"