An Incredible £4,000 Raised for Hospice at Evening with Frank Rothwell 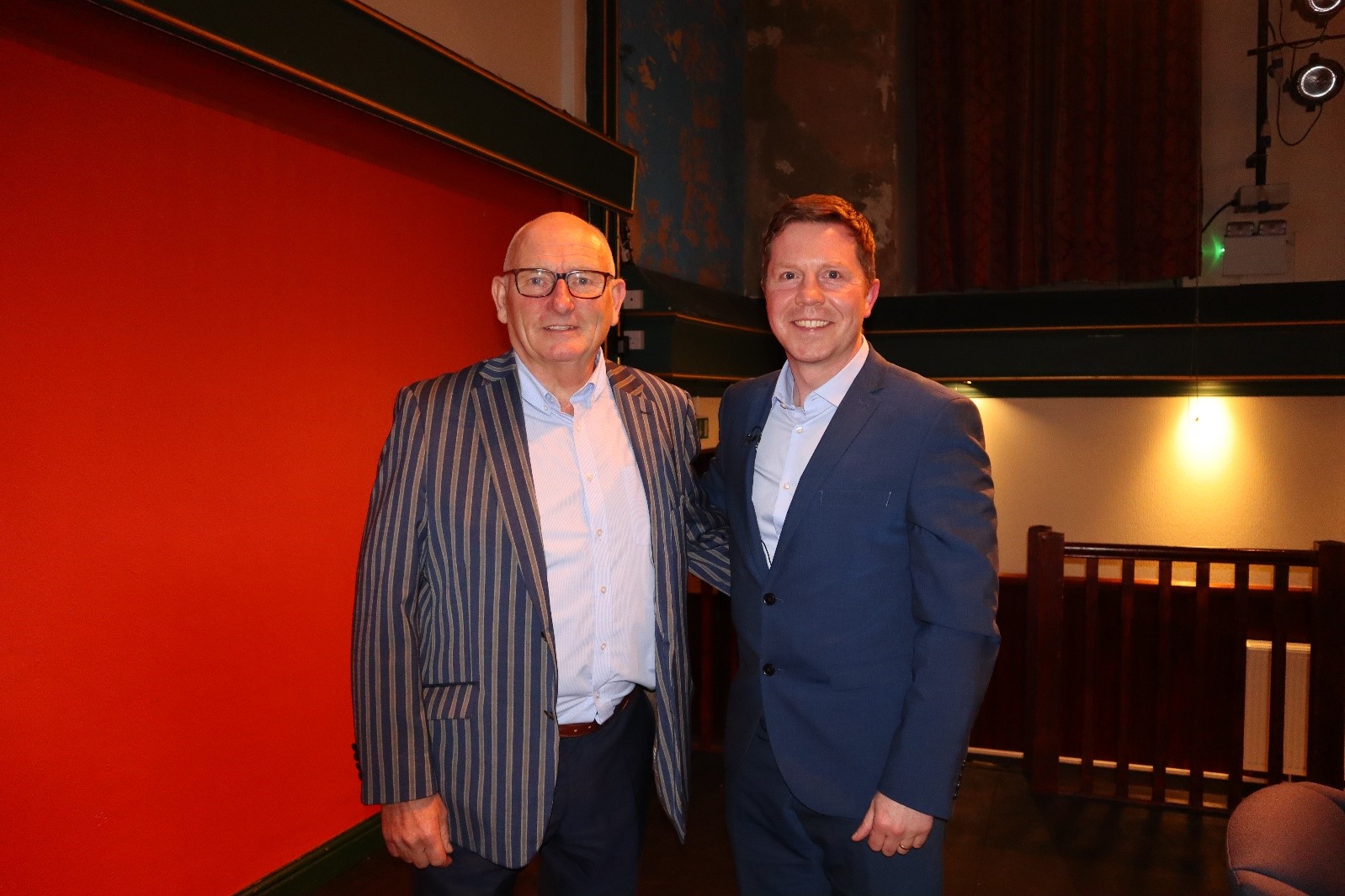 Tuesday 16th November saw local businessman and adventurer, Frank Rothwell take to the stage at Uppermill Civic Hall to an audience of over 100 people, to share stories of his experiences. The event raised an incredible £4,000 for Dr Kershaw’s, and saw Frank speaking to BBC North West’s, Kevin Fitzpatrick about his adventures including his 3,000-mile solo Atlantic Ocean rowing challenge, when he spent five weeks on a deserted island for Channel 4’s ‘The Island’ and when he was the 10th person to circumnavigate North and South America by boat.

Frank said: “I decided to hold the event as I saw an opportunity to raise funds for a local charity by doing a talk about my experience, and Dr Kershaw’s was the first organisation I thought of as they are so well respected and supported by the community of Oldham. The night itself was fantastic, the team at the Hospice organised everything brilliantly, the audience were interested in what I had to say and seemed to have a good night. I am thrilled that the event raised so much to support those cared for by the Hospice.”

Joanne Penketh, the Hospice’s Head of Lottery and Donor Stewardship added: “What a fantastic evening it was, Frank was so inspiring and a real pleasure to listen to. We are thrilled he chose to support our Hospice and share his adventurous life, we would like to thank Frank, Kevin, Nigel, the bar team from The Hare and Hounds (Uppermill) and all those who purchased tickets to help raise funds to support the patients and families at Dr Kershaw’s Hospice.”